Why Getting Your Pets Spayed and Neutered is Important 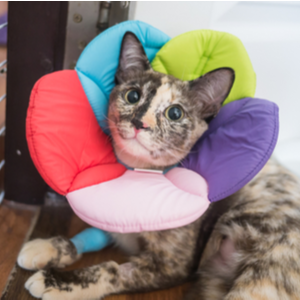 Being a pet owner comes with a lot of different responsibilities. One of the first decisions that you will have to make on behalf of your pet is whether to get them spayed/neutered. Since they are elective surgeries, some pet owners mistakenly think that they are unnecessary and don’t want to put their pet through the procedure, not realizing that in fact, the benefits of the surgeries far outweigh the risks involved and the short period it will take your animal to recover.

Spaying is the term used to describe the removal of the ovaries and uterus in female animals, while neutering is used to describe the removal of the testicles and spermatic cord in males. Spaying can typically be carried out from as early as 4 months of age and many veterinarians believe that the earlier the procedures are carried out, the greater the benefits associated with the process are.

Benefits of spaying your female pets

Some of the reasons why it is important to spay your female pet’s include the following:

Benefits of spaying your male pets

There are also many reasons why it is important to neuter your male pet. These include:

In addition to the health benefits listed above, getting your pet spayed/neutered also plays a crucial role in the fight against pet overpopulation. Puppies, kittens and other baby animals are much more desirable than older pets and this means that many older animals are abandoned in favor of younger alternatives. Other animals are given up because the owners have got bored with them or a change in their circumstances means that they are no longer able to give them the care that they need. Sadly, more than 4 million animals are euthanized in the United States every year because there just aren’t the resources available to care for them. By spaying/neutering your pet and preventing them from reproducing, you can play a small part in preventing further overpopulation problems.

Partner with us
News
Career Opportunities

At R Veterinary Group , we provide the highest quality service to all our patients. Schedule your appointment today.